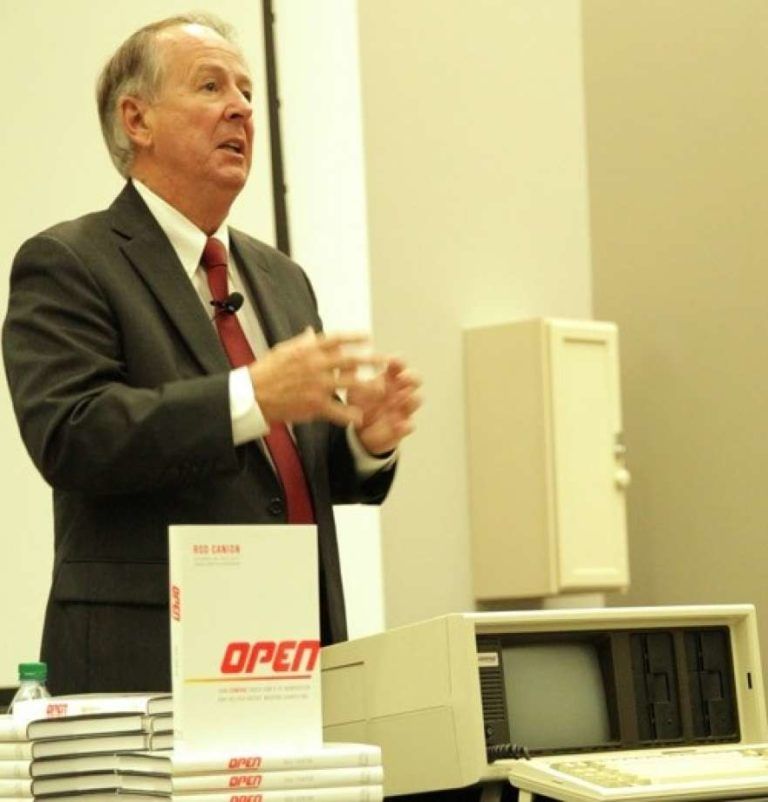 If you've ever found this industry's history intriguing, you've likely heard Brian McCullough's superb Internet History Podcast before, and it's obvious to you how invaluable an interview episode with Compaq's Biggest Boy would be for a head start on digesting the story. In accordance with Halt and Catch Fire's pilot release in 2014, the broad-shouldered soldier of open computing appeared to have been on a mini media tour (even though he openly admitted he’d yet to actually watch it.) [His last remark - “maybe even as exciting as the real thing” - may sound like silly Dork Rod conjecture, but the show wasn’t nearly as engaging because they had(?) to remove the compatibility component, which is the meat of the whole thing.] McCullough is usually ace at this stuff, but he sounds a bit shaky in this one, though nobody should blame him - I certainly would be, too. Rod Canion's accent (BIOS=buy-OSS) and general intensity must make for one hell of a presence, even over the phone. 2014 was a long time ago.

McCullough's own summary of the conversation is so thorough (he was writing a book,) there's only a single possible addition.

"There's a certain risktaking gene that runs through a lot of Texans."