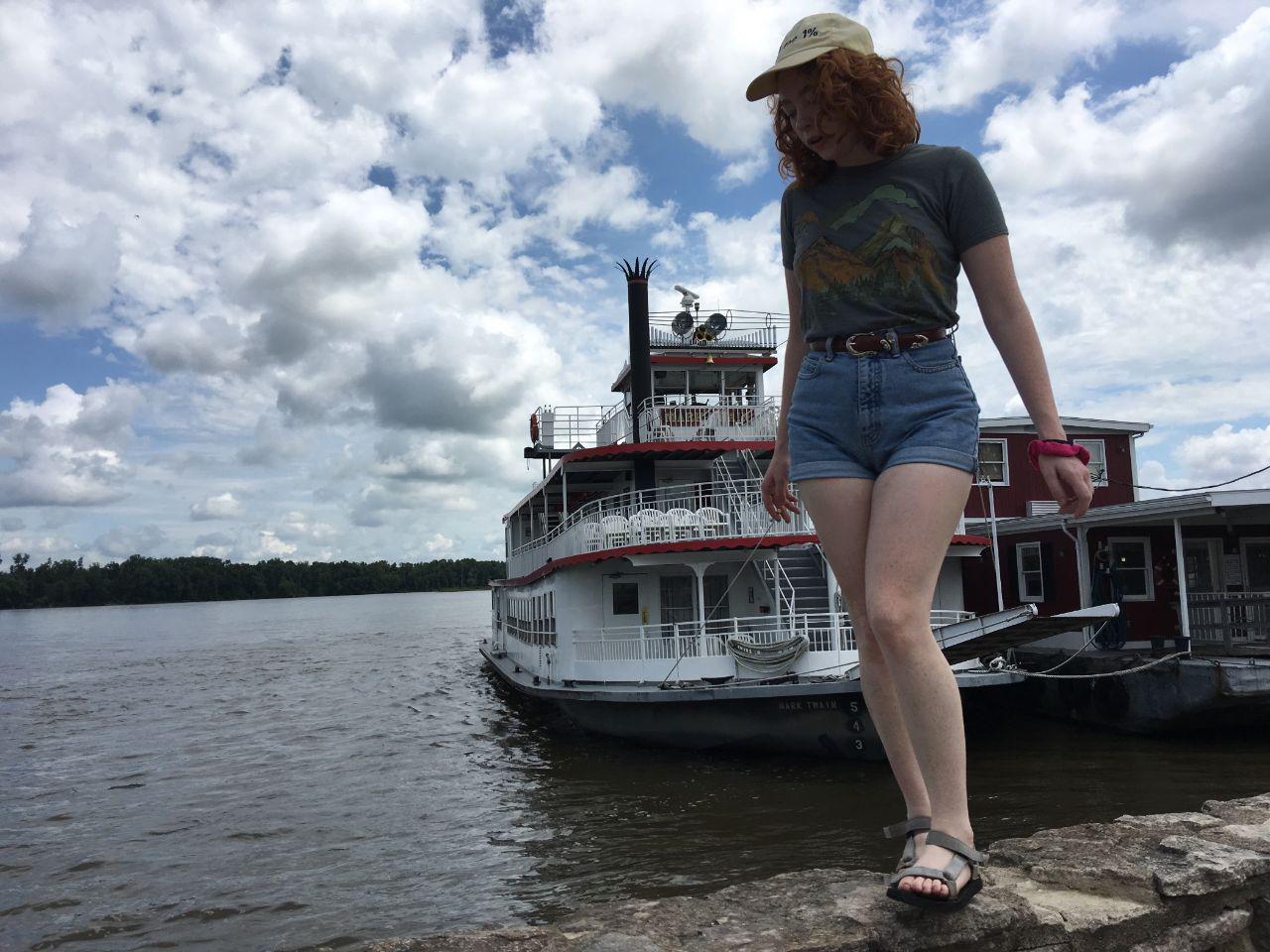 the same stretch under Lover's Leap, an idle paddle wheel dragged cyclically, on and on by her diesels

costumed so long, moored not far from horrid wax figures, similarly fated who bare old Sam's names with the rest of them, the Hannibilians assuredly assuaged by their sounds, so heard

the ambiance of the little town, shrill with tourists' wonder, depression of the damned, envisaged waterborne toxins

despite it all, I departed her as a newfound touchstone, knowing she's just up twenty four, eighteen dollars away, no time soon to break her jaded rhythm as a forgotten timepiece, buried in a rank cellar

supposing she'd ease most crisis that could ever befall me she and her unsalted captain, who has not aged (truthfully, I do remember.)