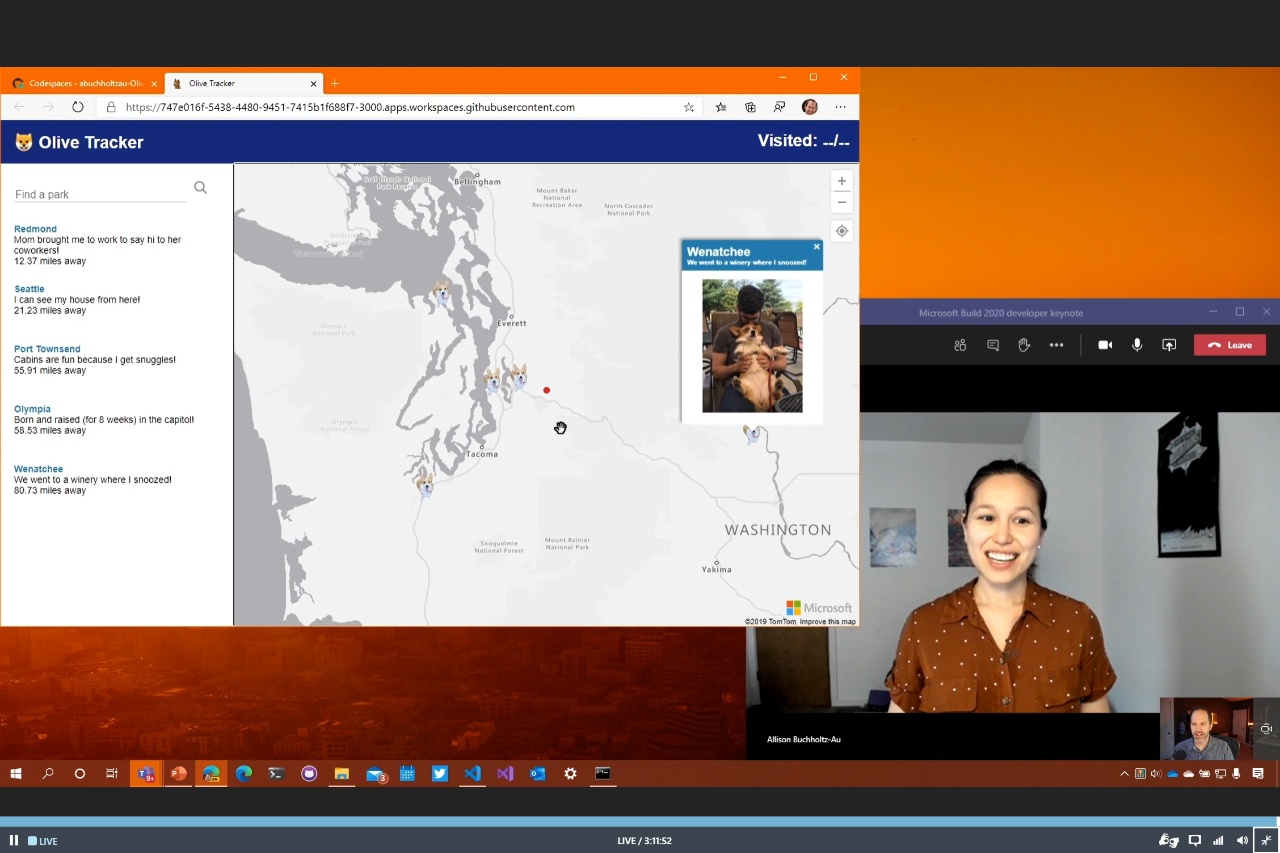 I have no idea why I signed up to attend Microsoft's virtual 2020 Build Conference, but I did. I thought I'd add my End User commentary to the mix. Sorry. My first event was called "Every developer is welcome, with Scott Hanselman and guests." Hanselman is listed as a blogger and podcaster living (of course) in Portland. I'm not a "real" developer, but I know what Microsoft Teams is, and I recognized the event as a desktop screenshare of his calls with different Microsoft employees. There was a child invasion and a dropped phone. I also noticed the icon for the "new" Microsoft Edge browser in his taskbar and realized that I hadn't downloaded it yet. I remedied that for the conference's sake - I thought it only appropriate that I try to use as much Microsoft software as possible in this context. I also installed the new PowerTools Run preview which I mentioned in my tips post.

Build allows an attendee to build one's own event schedule, but I neglected to find those focused on what I really care about: Office 365. As reported by The Verge, Microsoft Fluid is going to change a lot:

There's also Microsoft Lists, which is reportedly going to revolutionize SharePoint Lists into something more modern and useful:

It builds off the existing feature in SharePoint, and will let you track progress and data to organize your teams, potentially making the company’s offerings more streamlined and productive. 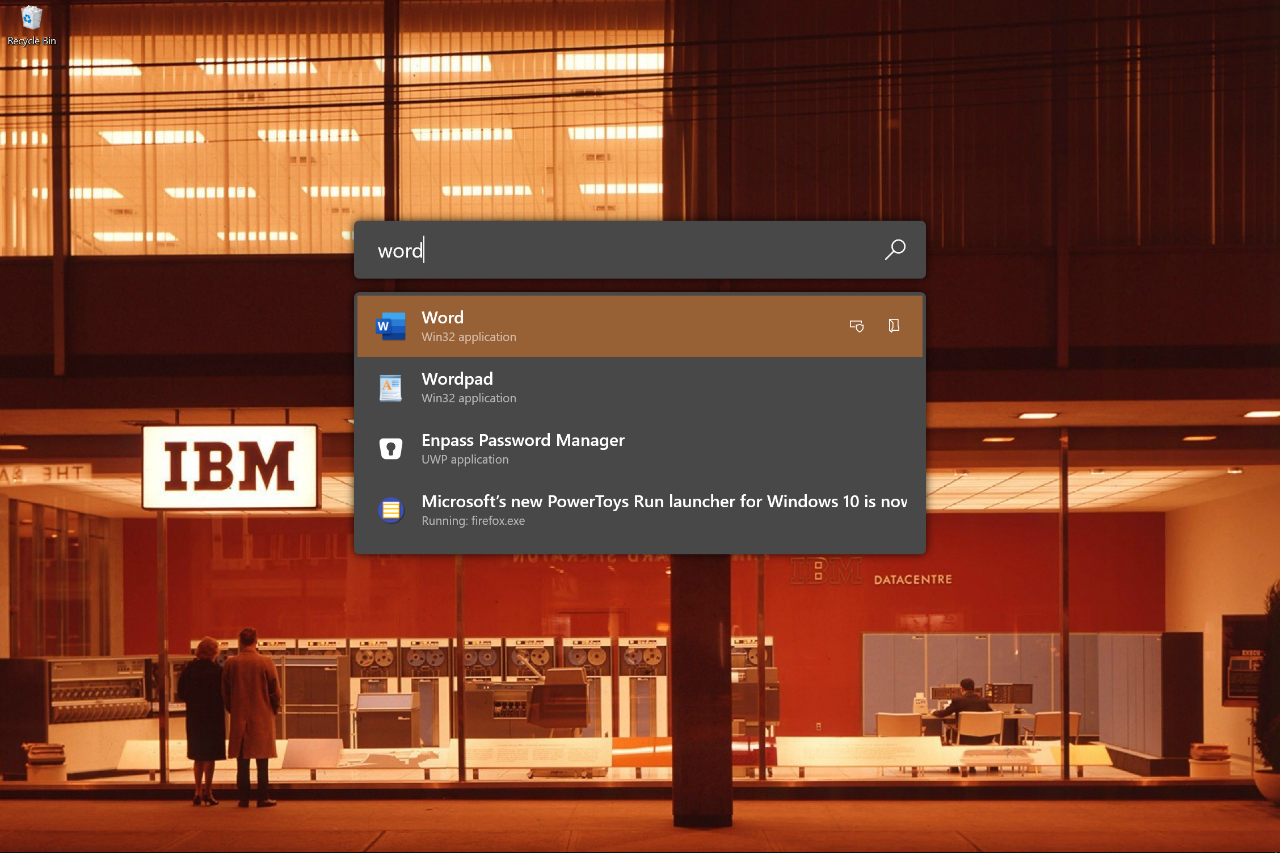 As an Office 365 administrator, I basically only use Edge for administrative/management tasks. Otherwise, I can't imagine a reason to use it over Firefox, Brave, Vivaldi, Chrome, Opera, etc, but I thought I'd give the "new" (as of January) Edge a tryout for your sake and make it my default browser for a day as well as Microsoft's Bing search engine. There's also news specific to Build: Edge is integrating with Pinterest, of all things:

Now, Edge will feature a Pinterest-powered tool that will show suggestions from Pinterest at the bottom of a collection. Clicking on that, Microsoft says, will take users to a Pinterest board “of similar, trending Pins so users can quickly find and add ideas relevant to their collection.” Users will also be able to export collections to Pinterest.

I'm in no position to "test" a browser, but the new Edge is noticeably faster at rendering pages and much much smoother when navigating between tabs/preference windows. It looks much more like Chrome, which makes sense. Perhaps because my install is absent of third-party extensions, opening new tabs and windows was much faster than my other browsers. I recorded a ~2 minute demo of normal browsing on my Surface Laptop 2.

In terms of touch support, Edge remains the only acceptable browser on Windows 10. If you've spent money on a new PC recently, chances are your device is touch-enabled. If you're like me, you've already disabled it. If not, you'll find scrolling and navigation in Edge have improved tremendously - it's like an entirely new browser because it is.

Because Edge used a different rendering engine than Chrome or Safari, it meant that it would sometimes have problems on websites. Testing a website against multiple browsers has always been difficult, and because Edge had so little uptake, it meant optimizing for it often fell off the priority list for web developers.

I really like how easy it is to mute audio from tabs and how much better my CMS is rendered. I still prefer Firefox's method of tab switching (by last-used chronologically instead of in the order presented.) The reader view is smoother than its competitors and offers a beautiful selection of themes as well as the best "Read aloud" feature in the business. 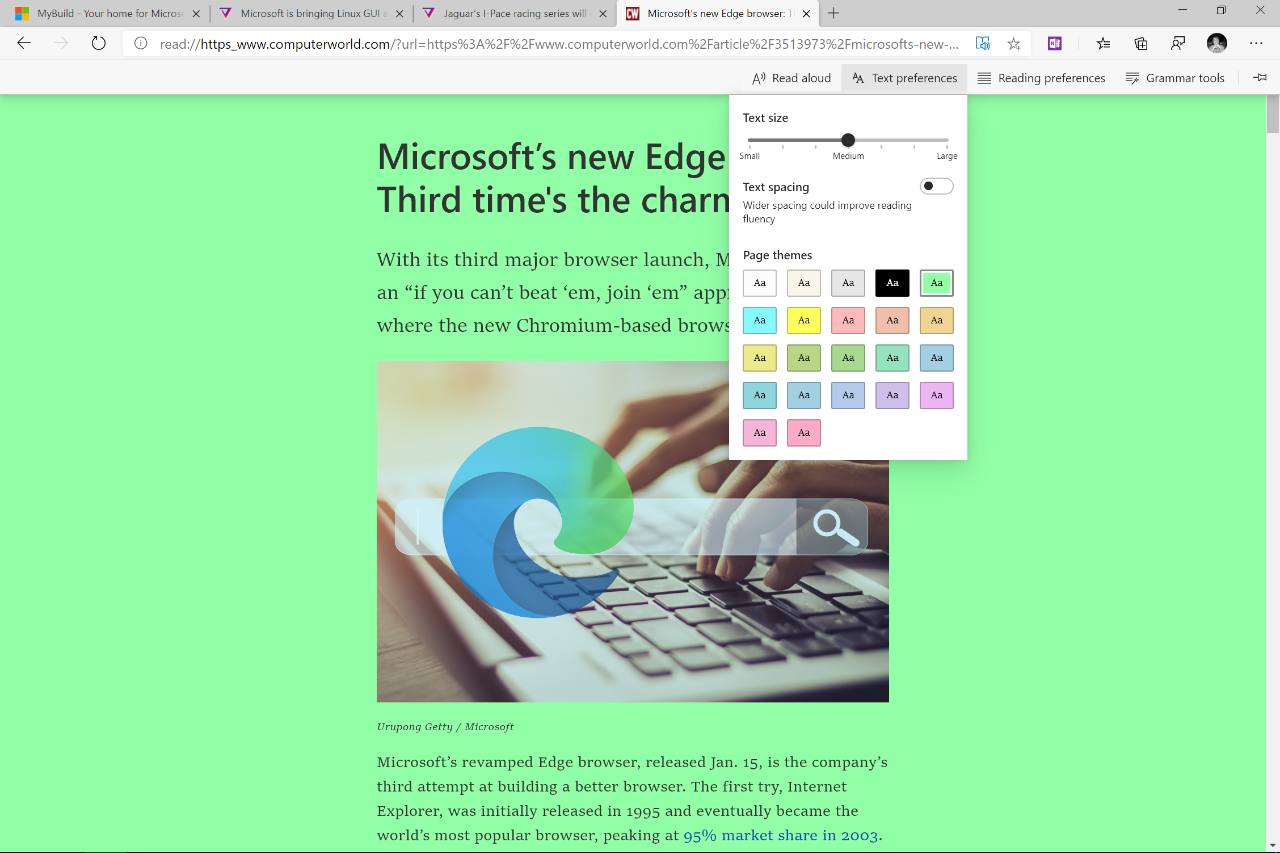 I'm not going to quote you measurements - check out Computerworld's browser review for that - but I can say that Edge Chromium is using more RAM than Firefox but a bit less than Chrome. Office.com also looks and works incredibly well. Overall, I'm extremely impressed with Edge Chromium and the improvements to Bing. As of my experiences today, it's the fastest and smoothest web browser I have, which is a complete flip from that of the old Edge.