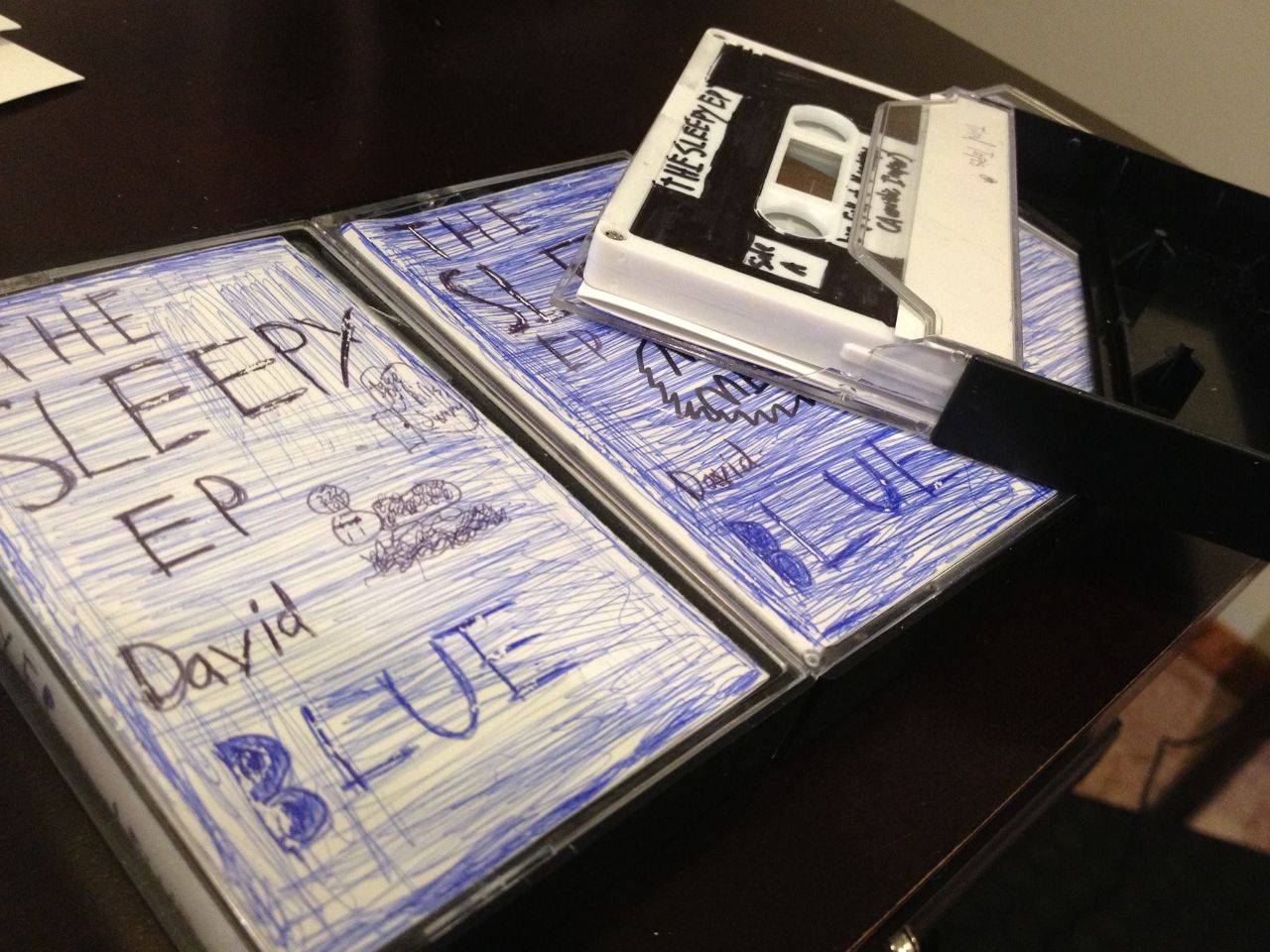 Yes, my archives are obsessively thorough, but here is proof that I was at one time willing to let go of any work - I "released" this tape exactly 5 years ago on May 22nd, 2013 - the sumer after graduating high school - and vowed that "ALL MASTERS WILL BE DESTROYED AFTER THE LAST PRINTING AND MEMORY OF THE WORK'S EXISTENCE ERASED FROM MY MIND," which was more or less honest for at least one Spring. I don't remember the rationale for ripping it back from one of the cassettes four months later, but I found the files, so have at it. 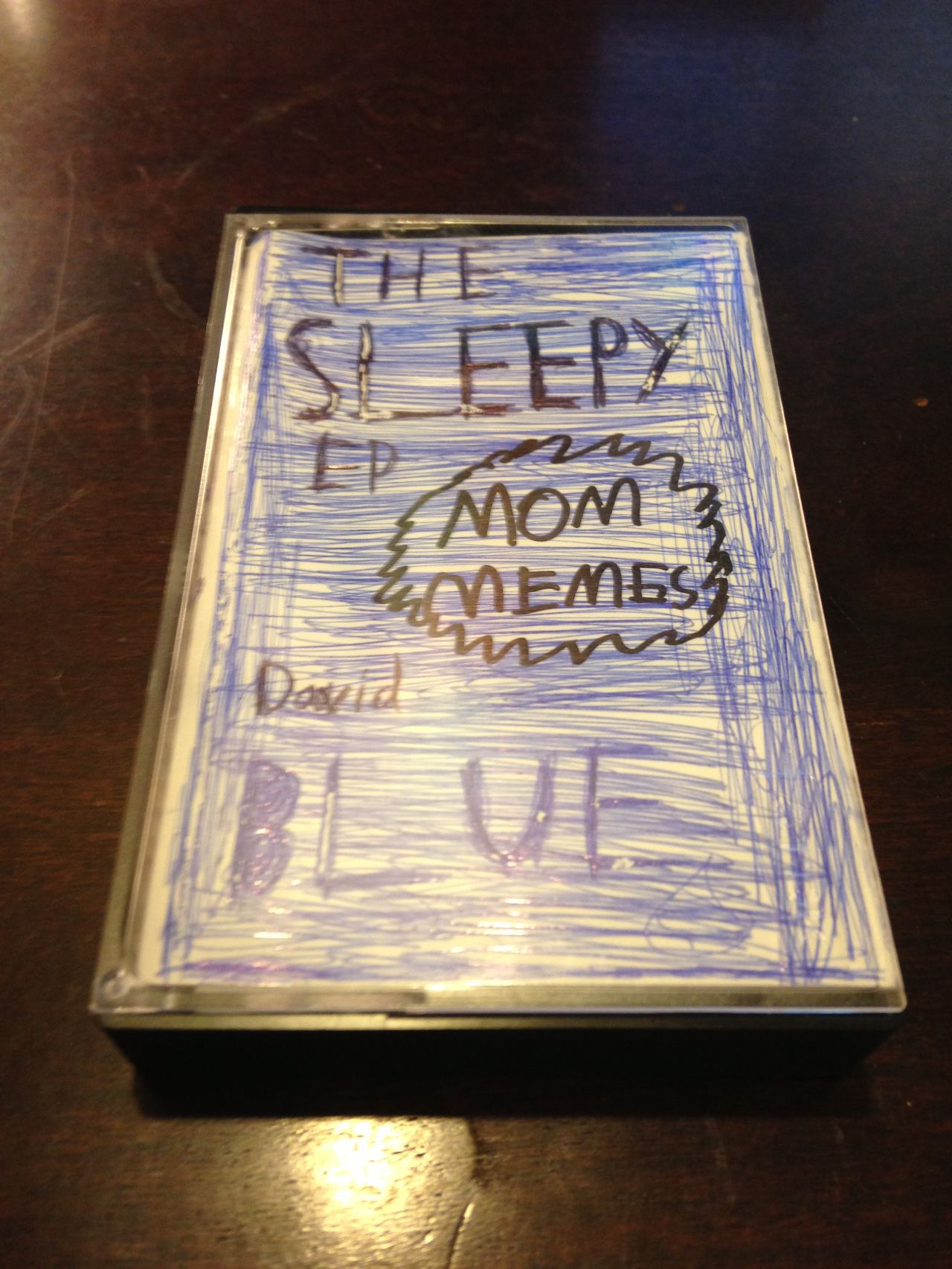 This side was recorded on the ~mid-1950s-era Baldwin upright at my mother's house. I thinnk I must've done so in mono with my singular condenser microphone, but whatever I used to dub and rip the tape would've lost any more sound data, anyway. To preface any commentary on its musicality, I'd like to note in this first improv post that - despite my near-21 year-long relationship with the piano - I am not a musician. I play only when I want to and I very rarely choose to exhibit any sort of discipline. Recently, I've been experiencing difficulty in connecting to my instrument to a foreign degree, so I thought now would be an appropriate time to revisit my discography from the beginning.

I took all sorts of ADHD medications in high school but I failed to mitigate a balance in their side-effects, so I ended up unwillingly going days without sleep, which certainly informed my improvisation - it seems to perform REM-like maintenance on my sleep-deprived brain, but that supposition arrives to you from 0 neurological authority. I can't recall, exactly, but I'd guess this tape was recorded near the end of my 2-year-long break from all medication.

Though not exactly rare, superficially, that upright of mine has a particularly sleepy, fuguey tone, and you'll notice in this very limited recording, expecially, that it often sounds nothing like a piano. It was an important period of transition for me - in life, as you'd expect - but technically as well in just discovering some very rudimentary twanging and the desire to roll with my right-hand. In this particular session, I do so more obnoxiously than I've ever recorded since. I can hear my primary childhood musical influences much more than in anything I've done recently - namely, The Spirit of St. Louis, the 1957 Jimmy Stewart film about Charles Lindbergh's Atlantic crossing. It's actually significantly more confidently varied and expressive than I expected.

Side 2 was recorded on my Yamaha DGX-660, allowing me to more easily capture a broader, if not entirely authentic dynamic range. It begins with a less-than-loose recitation of the Ocarina of Time's title theme and then dips to my earlier variations - eventually touching on most of the core arrangements which I still play around, now. In contrast with Side A's delirium, Side B is the morning after sleeping for the first time in days. (For all I know, that's actually how it was recorded.) Instead of my usual single, uninterrupted sitting, it's split into shorter, distinct, and more reasonable touchstones.

I'd been rhythmically caught up in a slow, 4/4 chug for years prior, but I think this is the best and some of the last of it. I suppose one's retrospection on self-expression from their teens' evening is always going to be somber, but I can hear my unconscious intention to conclude those old hymn and Blue's Clues-bred tunes with a last, Best of David Blue's Youth! hurrah, and the distance from the sound due to its wringing through the tape is all that much more eerily symbolic: those were much better days for my soul, no doubt. I've lost half or more of these melodies to time, and I'm note quite sure how, honestly. I guess there are some things ya just can't preserve in a .rar archive or two.